A shady surprise of beauty that takes our breath away. This perennial is the hallmark of the shade garden and compliments a dense, fern-like foliage with a beautiful spot of color that is sometimes referred to as a “goat’s beard”.

Why your customers will love Astilbes… 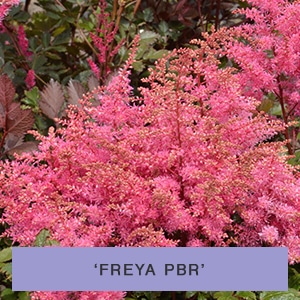 You know that one spot that doesn’t quite get very sunny and nothing grows there? The answer: Astilbe – the full to partial-shade perennial. The Astilbe thrives in the shade and if given a bit of sun now and then the color will really pop. 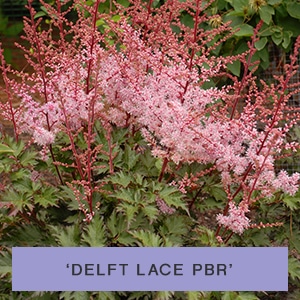 Foliage as Nice as the Flower

It’s hard to find a plant that combines both colorful beauty and striking foliage. The astilbe foliage will give the garden a lush background to compliment stunning plumes of color.

After planting a bare root Astilbe in spring, it will take about 8-10 weeks before the plant is ready to be sold. Whether the plant already
flowered after this period depends on the cultivar. Astilbe ‘Deutschland’ for instance will flower early, ‘Peach Blossom’ and ‘Fanal’
usually take a little longer and ‘Bridal Veil’ will flower even a little later. 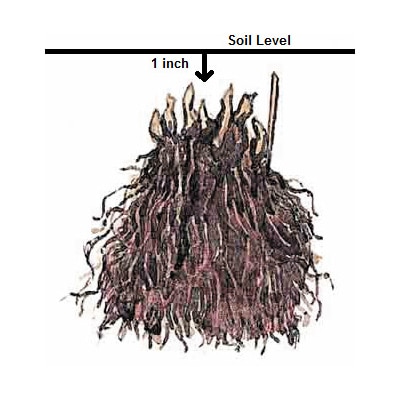 Planting and Maintenance
We advise to use a 2Qt or gallon container. Use a pot that corresponds with the size of the roots. Giving roots the space they need will
allow plants to reach their optimum size and quality. Roots may be trimmed to fit the pot if absolutely necessary.

Plant the crown/eyes just below the soil level.
Plants can be placed pot to pot until growth reaches beyond the pot. Thereafter, space plants to prevent elongation and thin growth.

Light Conditions
Astilbes need partial to full shade. Plants should be shaded during periods of high light intensity. We recommend a 30% shade cloth at
65-70 degrees.

Watering
Directly after planting the roots, water the plants thoroughly. Then do not water until the soil starts to become dry, or at the dry side of
moist. The most critical growing factor for Astilbes is water. Increase watering as the foliage emerges and plumes mature. Plants should
never be allowed to dry out. If the margins of the leaves turn brown and crispy, the plants are not being kept moist enough. Try to avoid
watering after mid-afternoon.

Fertilization and growth control
Feeding is generally not necessary during the first few weeks of production. When actively growing, Astilbes are moderate feeders
requiring a controlled-release fertilizer incorporated at a rate equivalent to 1 lb. of nitrogen per yard of growing medium or 50-100 ppm
nitrate delivered under a constant liquid fertilizer program. Astilbes are sensitive to high salts and may become scorched and have
damaged roots if the soluble salt levels are allowed to build up.
To control plant height on taller cultivars, apply B-Nine as a foliar spray (two 5000ppm applications one week apart) soon after
inflorescences begin to elongate. Timing is important, growth regulator are ineffective at limiting plant height when they were applied
prior to inflorescence elongation. 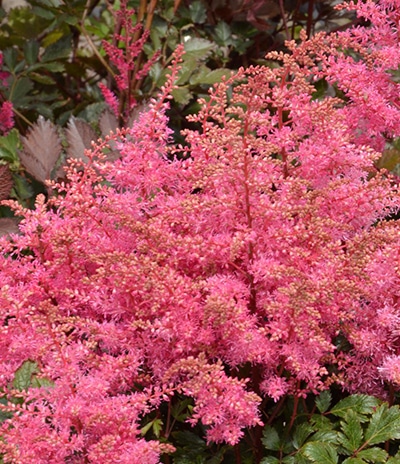